Are Drugs and Alcohol an Unseen Risk on Your Construction Site?

As a construction supervisor, are you aware of any of your workers taking some painkillers or “energy pills” while on the job? Have you heard rumors of some employees smoking a joint, drinking a beer, or taking a shot of whiskey on their breaks? If so, your site may be susceptible to the severe consequences of workplace drug and alcohol use.

The Dangers of Substance Abuse in the Construction Industry

This type of activity is more common than you might think. A report from the Substance Abuse and Mental Health Services Administration (SAMHSA) reveals that almost one in every six individuals working full-time in the construction industry reported heavy alcohol use (having five or more drinks in one sitting on at least five occasions) over the previous month. And more than one out of every nine respondents admitted using illicit drugs in the previous 30-day period.

Workplace drug and alcohol use can be particularly hazardous at a construction site.

Some of the potential negative effects of worksite substance use are obvious. A worker who is under the influence of drugs or alcohol is more likely to get injured due to a fall, especially from a height. They may also fail to adhere to established safety protocols and wind up being trapped between pieces of equipment, struck by a falling object, or electrocuted (all of which are among the most common construction fatalities reported by the Occupational Safety and Health Administration).

Furthermore, alcohol or drug use on the job can have significant financial ramifications for a company. In addition to workers compensation costs and other expenses related to injuries that may be sustained, the firm may incur fines or penalties levied due to lost productivity and/or missed deadlines. And of course, subpar quality workmanship from drug or alcohol abusers could lead to major lawsuits against the company in the future (especially if someone is injured or killed as a result).

According to the Drug-Free Workplace Act of 1988, any construction company who has a federal contract must institute a regimen of drug testing for its employees. Private companies are not required by law to have such a program, but many of them do. In addition to random testing, pre-employment and return-to-work (after an illness or injury) drug tests are also common.

In most cases, a company’s medical review officer administers and oversees drug testing programs for construction workers. If a urine sample tests positive and the result is subsequently confirmed by an outside laboratory, an individual may be found in violation of the company’s drug policy. 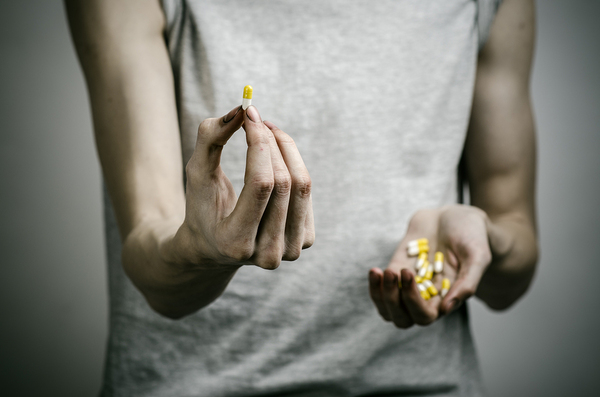 A company can avoid many issues with a strong drug-free workplace program.

How to Handle a Drug-Using Employee

If you’re a construction supervisor who suspects drug or alcohol use by an employee, you shouldn’t ignore it. Depending on the situation, you may choose to issue a formal or informal warning to the employee. But if the behavior continues, you are obligated to report the worker to the proper supervisor.

Don’t feel that you are being punitive toward the suspected substance abuser or that your other employees will lose their respect for you. On the contrary, it’s quite likely that the individual in question had been shirking their responsibilities, endangering their peers, or even acting belligerently to others long before being disciplined. If such transgressions are left unaddressed, the morale of a workforce can decline substantially.

Most companies have programs or resources that are designed to help drug or alcohol abusers address their addictions. So if you’re forced to discipline an employee for drinking or using drugs on the job, remember this: not only will you be protecting the safety of your other workers and the financial well-being of your employer, but you could also be providing the catalyst to help the individual get sober and improve their quality of life.

If you want to advance your construction career, take our Construction Supervisor License classes for free.